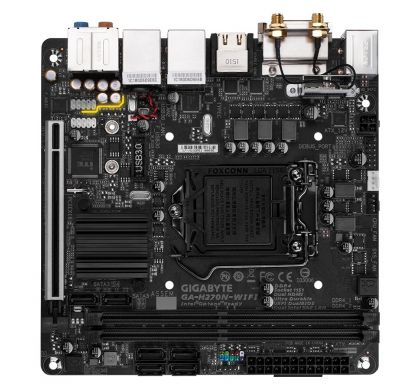 The onboard 802.11ac WIFI module from Intel® supports up to 867 Mb/s wireless networks and BLUETOOTH 4.2. The bonded 2.4GHz/5GHz Dual Band and 2T2R antenna expands your coverage.

The ALC1220 is a high-performance multi-channel High Definition Audio Codec with up to 120dB SNR for crystal clear audio and features such as Smart Headphone Amp, 108dB SNR recording for precise voice chats and hardware decoding of DSD128, ensuring users get the best possible audio quality from their PC.