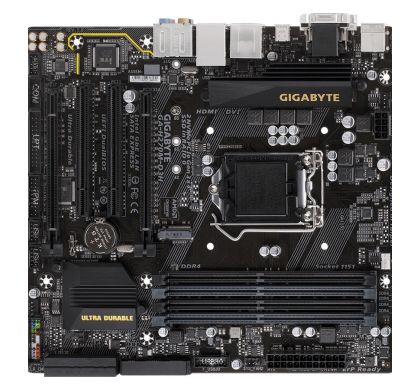 >VR requires more performance than Full HD graphics for a steady 90FPS or greater.
>Only Gaming PCs can provide the best VR experience.

Connecting the Future - USB Type-C™:
The World's Next Universal Connector

The USB Type-C™ is a new reversible connector that is loaded with useful features such as USB 3.1 Gen1 support for 5 Gb/s transfer speed and DisplayPort 1.2 support to connect 4K monitors. Powered by the Intel® controller, this little port is the better USB Type-C™.

Sulfur compounds in the air can penetrate tiny onboard resistors creating chemical change and causing these resistors to open or short. If either of these occurs the motherboard will fail to function. By equipping resistors with an Anti-Sulfur Design GIGABYTE gives Ultra Durable Motherboards a whole new meaning.