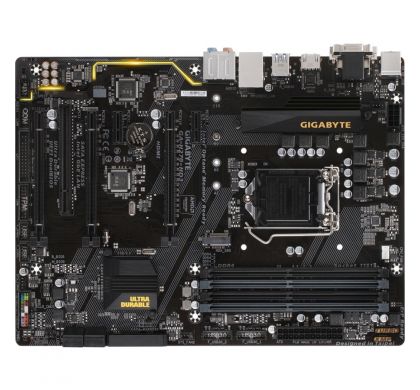 Built-in Advanced Performance Tuning IC Intel Processors
Thanks to the onboard Turbo B-Clock Tuning IC, GIGABYTE enables users to overclock and push the limits of their processor. With the new linear range adjustment option of the Tuning IC, ranges from 95MHz to 150MHz are now possible.